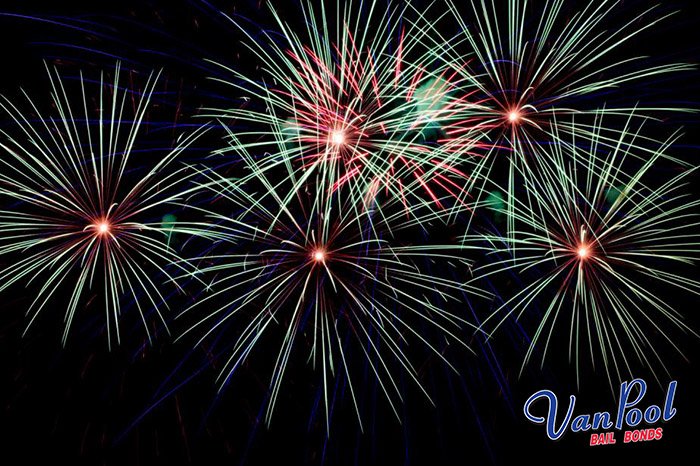 The 4th of July is marked with reds, whites, and blues, barbecue food, and fireworks. This holiday, America’s birthday, is one of those few special times of the year that people can celebrate with fireworks, and it is the only time of the year to actually purchase them, believe it or not. This 4th of July, make sure you are up to date on California’s fireworks laws if you plan on using them at your own party. The laws are easy to understand and follow, and will still allow you to have more than enough fun and excitement.

• There are “Safe and Sane” fireworks and there are “Dangerous” ones. It is illegal for anyone to sell or purchase dangerous fireworks unless the person holds a special pyrotechnic license.
• The only individuals who are allowed to purchase, own, and use “dangerous” fireworks are those with the special permit. It is illegal for this individual to sell or give away these fireworks to anyone, including friends and family.
• A person must be at least 16 years of age to purchase “safe and sane” fireworks. They may only purchase from licensed retailers between June 28 and July 6 each year.
• It is illegal for anyone to sell fireworks anytime outside of June 28 to July 6. If a retailer does not sell out within that period, they have no choice but to store it until that same period next year.
• The state of California has fireworks laws, but then each county within the state may have additional fireworks laws. Wherever you are for the 4th of July, read up on the county’s laws.

Understanding and following fireworks laws is only going to provide half of the fun on the 4th of July. The other half will come from handling the fireworks properly, such as keeping them stored in a safe location, and allowing only those who are responsible and old enough to discharge them according to the printed directions. Every year the news picks up on some stories about mishandled fireworks that caused injury or death. That is not an outcome anyone wants after the 4th of July. Avoid the risk of this happening by using the fireworks safely.

In preparation for your 4th of July party, throw on all your red, white, and blue clothes, fire up the grill, invite all your friends and family, and prevent the need for any police and medical attention by using your “safe and sane” fireworks properly.