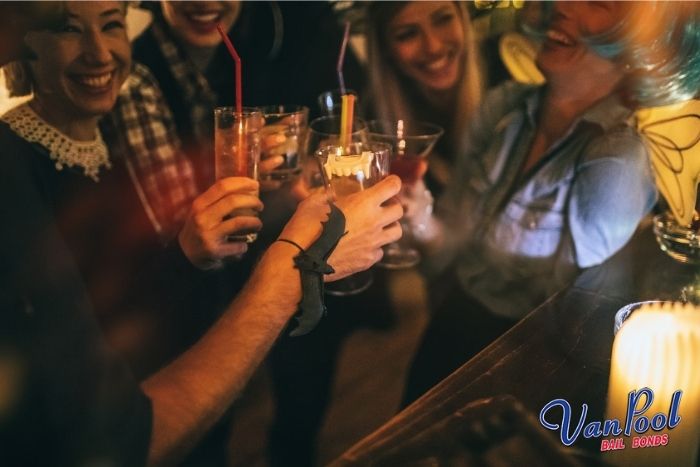 We have a tendency of thinking about Halloween as a holiday that is full of good-natured fun. It’s a holiday that allows us to wear crazy costumes, abandon our diets, and really cut loose. The only real risk we usually associate with the holiday is the need to drive carefully during the time frame that trick-or-treaters roam the streets.

What many of us don’t know is that Halloween is a holiday when many drivers overindulge and are legally drunk when they slide behind the wheel. Most of these drunk drivers are leaving Halloween parties.

College students in particular are prone to overdrinking on Halloween. One research project revealed that the average college student usually drinks about 6.3 alcoholic beverages at Halloween parties. That’s about 1.4 more drinks than they would normally consume.

And it isn’t just college kids who drink too much at Halloween functions. According to the American Addiction Centers, Halloween is the fourth booziest holiday of the year. Americans consume less alcohol on Halloween than they do on the Fourth of July but more than they drink during Cinco de Mayo.

If you’re going to a Halloween party and plan on drinking alcohol, you still need to be smart. Assume that you’ll drink too much to safely drive home and create a plan. This plan could involve a designated driver, getting an Uber home, or simply staying at the host’s home until you’ve sobered up.

California patrol officers know how dangerous the streets are on Halloween night. They will be out, and they will be keeping an eagle eye open for any tell-tale signs that you’re driving drunk. It’s even possible that you’ll encounter a sobriety checkpoint on your way home.

If you are arrested and convicted of drunk driving on Halloween, the consequences will have an immediate impact on your life.

If this is your first DUI conviction, you could be sentenced to as much as six months in jail, fined up to $1,000, have your driver’s license suspended for six months, and have a vehicle ignition lock installed on your vehicle for up to a year while your driving privileges are restricted.

The third time you’re convicted of drunk driving in California, you could be sentenced to 120 days through 1 year in jail, pay a fine of $1,800, lose your drivers license for up to 3 years, plus have an ignition lock installed on your vehicle for as long as two years.

If your drunk driving results in property damage, someone getting hurt, or the death of another person, you will face even more serious charges that could include vehicular manslaughter.

All things considered, finding a different way to get home after you’ve been drinking at a Halloween party is a really good idea.