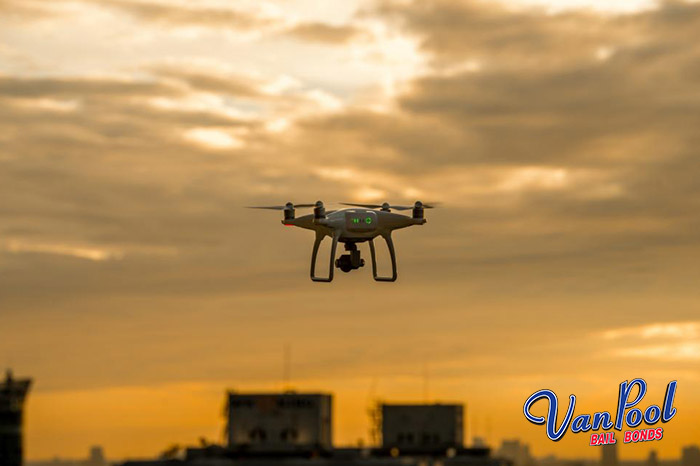 When it comes to drones, the sky is not the limit anymore. In fact, it has not been for quite some time now. The discussion of drone usage and laws has largely died down, but we think it is appropriate to revisit and go over the laws again. This even more important now that we are approaching fire season again. A few weeks ago a brush fire broke out in Riverside; the firefighters had to temporarily halt their aircraft, to spray water from the air, because of drones in the area. To avoid having to stall emergencies like these, there are certain drone usage rules set in place for both commercial and private usage. Some laws overlap, while others apply to one or the other.

• Drones must be registered with the FAA.
• Drones must be flying within eyesight at all times, may not fly higher than 400 feet, and may not fly faster than 100 mph.
• Drones may only be used during the day.
• Unless given permission, a drone may not be flown over other individuals and their private property.
• If a drone is carrying a package, the combined weight of the package and the drone must be under 55 pounds.
• People need a pilot’s license to fly a commercial drone or have passed an aeronautical knowledge test and a background check at an FAA-approved facility.
• If a business sees the need to use their drone in ways that would go against the standard regulations, they may apply for a waiver from the FAA.
• Drones may not fly near airports and must not interfere with manned aircraft operations such as police or fire helicopters that are in active duty.

There are other rules and regulations for drone flying, in addition to those mentioned above. Anyone caught violating any of the laws will generally face a misdemeanor and the fine can be a few hundred to a few thousand, depending on the situation. Consequences can get worse if drones are intentionally flown to stall emergency operations, such as the need to put out a spreading wildfire. The longer firefighters are stalled, the bigger the fire gets, the more damage it does, and more resources are wasted.

Simply put: the sky is not the limit when it comes to drone usage.