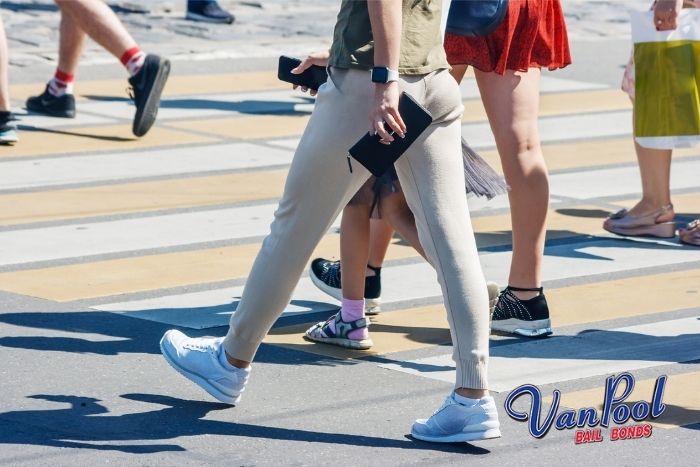 Walking to work means you don’t have to worry about getting caught in a traffic jam. It’s a great way to build some stamina while also burning a few calories. It also provides you with the means to start slowing down and develop a connection with the world you live in.

Just don’t think that walking to work is safer than driving yourself. A surprising number of California pedestrians are killed annually. According to the California Office of Traffic Safety, there were 972 pedestrian deaths in 2019. Approximately 22% of fatal traffic episodes in California involve a pedestrian. These alarming statistics prompted California lawmakers to pass the “Right-of-Way at Crosswalks” law.

The Right-of-Way law is written up in Code, Section 21950(a). When you read through the formal law, you’ll learn that drivers are legally required to yield to a pedestrian who is strolling through a crosswalk. The law requires that drivers yield to the pedestrian in both marked and unmarked crosswalks. The implementation of the law also requires that drivers use a little additional care when approaching a crosswalk and be on the lookout for pedestrians who may be about to step onto the street. If a pedestrian is stepping onto the street, the driver will have to stop to allow the pedestrian to safely cross the road.

The interesting thing about California’s Right-of-Way law is that it’s designed to protect the rights of both pedestrians and drivers. Drivers do have the right away at crosswalks that are controlled with signals, provided the signal indicates that the driver can go. In this situation, the pedestrians are supposed to yield for drivers. However, drivers do have to wait for slow-moving pedestrians who may be struggling to reach the opposite side in a timely fashion, and the driver must be prepared to take safe and evasive action if a distracted pedestrian fails to notice the sign.

Drivers who are caught failing to adhere to California’s Right-of-Way law will likely receive a traffic citation which will involve a steep fine, points, and the possibility of having the state consider revoking their driving privileges.