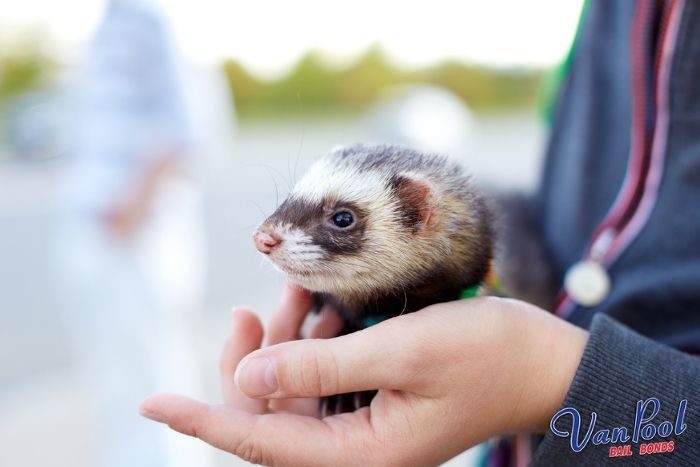 If you think that as long as you’re responsible for their care, you can own any type of pet you want, you’re wrong. California has specific laws that restrict what types of pets you’re legally allowed to own.

As much as you might like the idea of having a pet monkey, as long you live in California, that little dream cannot come true. The only people who are allowed to own a monkey in California are individuals/organizations who have received special permits and those aren’t easy to get.

There is a great deal of confusion about hedgehogs in California. The problem is that while many states do allow people to own hedgehogs, California doesn’t. This has been particularly problematic for individuals who moved into the state before learning that their hedgehog wasn’t welcome.

Most kids who love animals have a gerbil. They’re small, do well in apartments, are inexpensive, and are considered a good starter pet. But you can’t have one in California. Gerbils made it onto California’s banned pet list because if they get loose, and many do, they can move into hidden areas, form colonies, and introduce diseases to native rodent populations.

Ferrets are the third common household pet that California residents aren’t legally allowed to own. California is one of only two states in the country that prohibit the ownership of ferrets. In this case, the ban was issued by California’s Department of Fish and Wildlife. The reason cited was that a loose ferret is a predator that’s potentially dangerous to California’s native wildlife.

When California lawmakers prohibited the ownership of large cats, they weren’t talking about common Maine Coon cats, but they are referring to exotic cats like tigers, lions, lynxes, and panthers. It doesn’t matter how long these exotic cats have lived in captivity, they’re still considered wild, unpredictable, and a danger to people. Without a special permit, you’re not allowed to own one.

The same is true for bears and many large reptiles.

If you’re caught owning a pet that is on California’s list of banned pets, the consequences are severe both for you and your illegal pet. In many cases, the pet will be euthanized and you could face both fines and jail time.