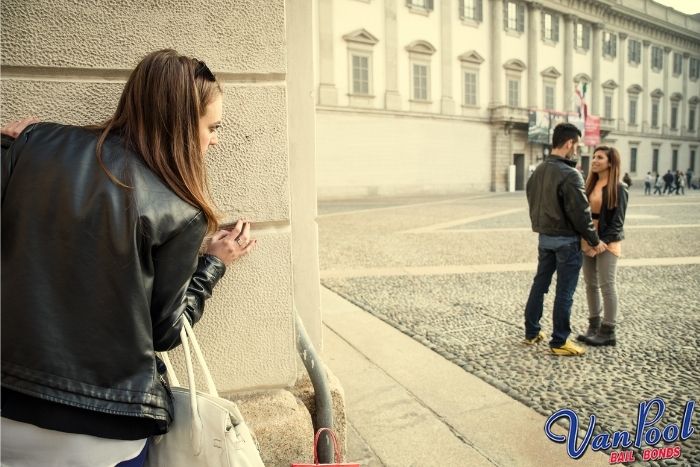 In California, you can be convicted of stalking even if you have never engaged in actively pursuing a victim as they went about their daily activities. It’s even possible to be found guilty of California’s stalking laws if you’ve never had a face-to-face encounter with the victim. The reason for this is because California lawmakers have written the state’s stalking laws in such a way that they encompass a variety of acts that include harassment, even if that harassment only takes place in the form of letters, social media posts, or phone calls.

The issue of stalking in California is addressed in Penal Code 646.9 PC. The laws states, “Any person who willfully, maliciously, and repeatedly follows or willfully and maliciously harasses another person and who makes a credible threat with the intent to place that person in reasonable fear for his or her safety, or the safety of his or her immediate family is guilty of the crime of stalking.”

The interesting thing about California’s stalking laws is that contacting someone via social media posts, making phone calls, and following them around isn’t always considered stalking. While these things may result in a police report getting filed, to convict you of stalking, the prosecution must prove that your actions/words threatened the victim so that they feared for either their life or their safety.

If you’re convicted of one count of misdemeanor stalking in California, the judge can sentence you to a full year in county jail, fine you up to $1,000, and misdemeanor probation. If convicted of felony stalking, your sentence can include up to five years in a state prison, felony probation, and a fine.

While stalking charges involve threatening a victim, if that victim is hurt as a result of your actions, you’ll likely be charged with assault and intimidation in addition to stalking.

Criminal charges could represent one of the problems you face following a California stalking case. Many stalking victims also decide to file a civil case against their stalker. The purpose of the civil case is to gain financial compensation for the mental anguish they suffered as a result of the stalking episode.