Why You Shouldn’t Mess with Wild Animals: This isn’t a Movie, Animals are Still Savage 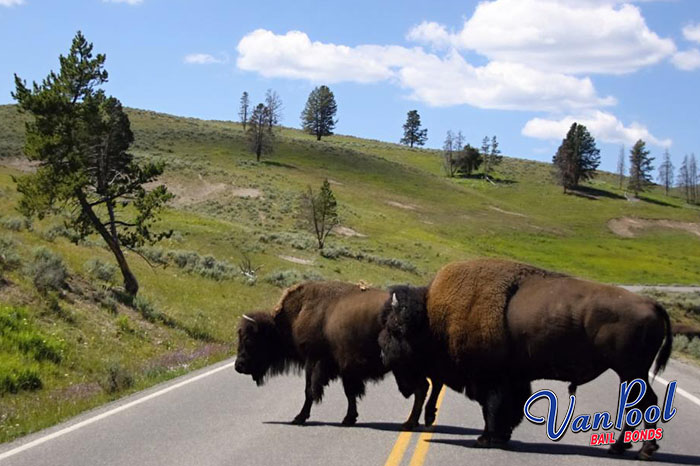 12 Mar Why You Shouldn’t Mess with Wild Animals: This isn’t a Movie, Animals are Still Savage

We’ve been misled by childhood movies that showed princess dancing and singing alongside sweet wild animals. That is the only explanation that makes sense because yet again, someone was trampled by a wild animal. Nature is cool, it’s wild, and isn’t boring to city folks. No one ever sees a deer and says “ew.” We see a deer and we’re in awe.

Being in awe due to wildlife is fine, but remember it’s still wild. There have been several cases of individuals being gored or trampled by buffalo/bison because they tried to take a picture with it. Bison seem to represent the American West, and many want to take a photo with them. While a picture is worth a thousand words, it is not worth your life. Wild animals are not used to interaction with people like our pets are. They also aren’t all like the cute ones you see in 30 second videos on social media.

Encroaching on an animal’s space is seen as a threat in most instances. Animals have a flight or fight instinct. If a buffalo, or any other large animal feels threatened, it will more than likely turn and attack since we are smaller than them. A bison is not a fluffy cow. The most recent wild animal attack in California was by a bison. Yes, there are still bison in California; they typically stick to themselves and rarely attack humans.

Momma bears, and mating seasons are dangerous situations when interacting with wildlife. Whenever enjoying nature, you must be aware of the season. Whether it is hunting season, mating season, or any other kind of season, being conscious of what is going on in nature is important. Baby wild animals are adorable, however their moms are typically not far from them. Mothers tend to be more aggressive and protective of their young, meaning it would be wise to stay away from baby animals.

Don’t lose your common sense when it comes to nature. Don’t get caught up in a moment and forget that wild animals are dangerous. Most wildlife attacks recorded are a result of a lack of space given to the animal. People tend to momentarily forget to think clearly when they want to get a cool picture. Don’t fall victim to a lack of common sense, give animals their space.