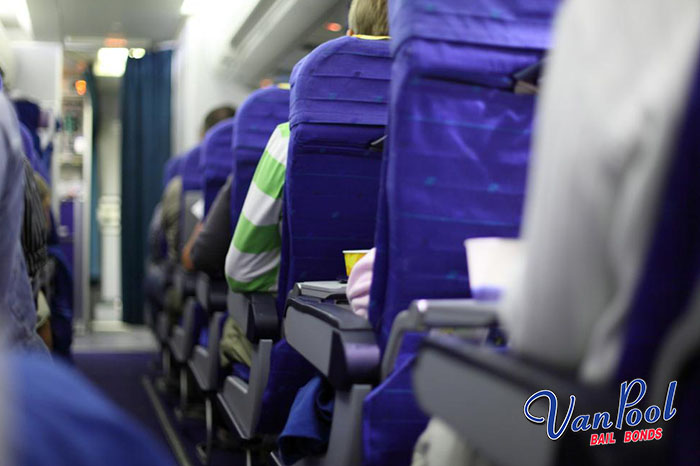 The recent United Airlines incident involving a man being dragged off his overbooked flight has everyone wondering what their rights are in this kind of situation. The flight, heading to Louisville, KY from Chicago, IL, was overbooked. No passenger volunteered to give up their seat, even after the airline offered accommodations and up to $800 in cash. At this point, they had to select 4 people to deplane. One man who was selected, refused to get off. Security officials were then called to escort the man off the plane, and the situation spiraled downward from there. As seen on cell phone footage, the passenger was forcibly removed from his seat. His head was knocked against an armrest and then he was dragged down the aisle, off the plane.

This incident brought heavy backlash against United Airlines, and has left everyone wondering what their rights are when an overbooked flight needs passengers to give up their seats. Airlines are allowed to overbook their flights, it is standard practice, because often times, passengers do not show up. What are the rights of the passengers?

• The airline must ask for volunteers before kicking anyone off.
• The airline will often offer overnight accommodations or a free flight to those who give up their seat. However, the passenger can also ask for cash, you will just need to speak up to the airline because they will not necessarily offer this off the bat.
• If you are kicked off your flight, there are federal rules that the airline must follow. Fliers are supposed to get to their destination within an hour of their original flight. If they arrive 1-2 hours later, or 1-4 hours for international destinations, the airline must pay double the original one-way fare with a $675 limit. If they arrive after 2 hours, or 4 hours for international destinations, the airline must pay 400% of the one-way fare, up to $1,350.
• The airline will usually take certain factors into consideration when deciding who to kick off, but these policies are not standard across all airlines, because each carrier decides these rules themselves. For example, the airline may kick off a person who checked-in very late. Or, they will kick off a person who does not frequently fly with this particular airline.
• The Department of Transportation recommends passengers wait to cash their check. If they wish to pursue more money from the airline at a later date, they have more bargaining power with their original voucher or check. Once they cash it, they lose some ability to ask for more.

An airline needing to pick people to depart their overbooked flight does not happen very often. Usually there will be no shows, or some passengers will voluntarily give up their seat. In the small percentage of flights that passengers do need to be kicked off, the passengers deplane without incident. Unfortunately, this incident was no such case, but it did bring up some important issues that could affect you in the future. If you ever plan on flying anywhere, with any airline, know your rights and know the airline’s policies.