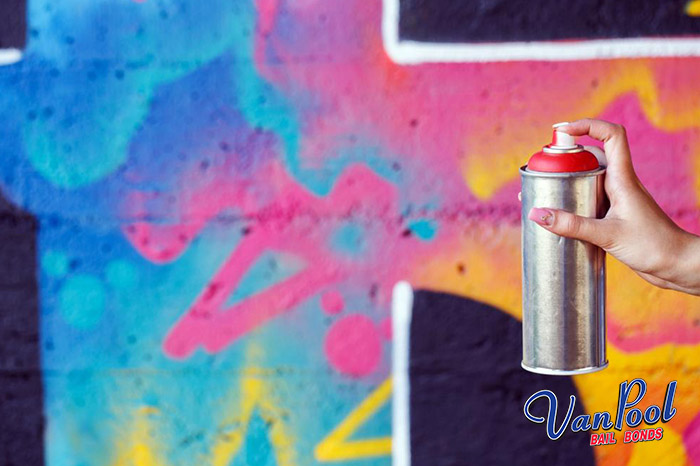 Many people know what vandalism is. We hear about it, and see it, all of the time. Vandalism is taken very seriously in California. Getting caught vandalizing someone’s property can land a person in jail with hefty fines. While many people think they know what constitutes as vandalism, there are a few acts which fall into that category that people are unaware of.

Vandalism is the classified as the act of maliciously destroying or damaging someone else’s property. Here is a quick list of acts that qualify as vandalism in the state of California:

• Writing or painting on something that does not belong to you. This can even include writing your name in the wet cement of a city sidewalk.
• Damaging a piece of property such as a window on a house or car. This can include breaking something of your significant other’s while fighting.
• Destroying something beyond the point of repair.

If a person does one of these 3 things, he or she has committed an act of vandalism. If caught by law enforcement, this person can face a fine and possible jail time. The severity of the punishment often depends on how much damage was caused by the act. If the damage amounts to less than $400, than the crime is considered a misdemeanor. The accused person could face, at max, 1 year in jail and a fine of no more than $1,000.

If the damage total is greater than $400, the accused could face anywhere from 1 to 3 years in prison. On top of that, they could face a fine of $10,000, or more. The size of the fine will vary based on how bad the damage is.