The Difference between Bail and Bail Bonds 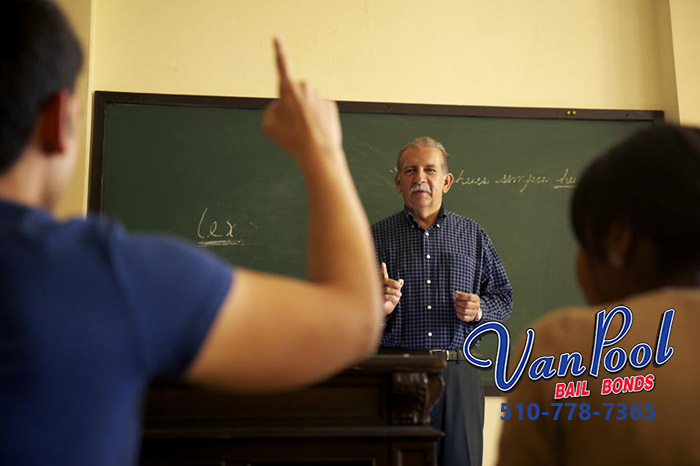 22 Nov The Difference between Bail and Bail Bonds

If you are like most people, if someone you cared about got arrested, you’d have a lot of questions. You’ve probably never dealt with getting someone released from jail and have no idea where to begin. That is why you are looking for answers online and luckily for you, Van Pool Bail Bonds in Richmond is here to help.

When looking to get someone released from jail, you are going to need to post their bail. This is to say, you are going to have to pay a certain amount of money to the court or jail in order for your loved one to be released. How much you need to pay is dependent on why your loved one was arrested and their criminal record. However, it is safe to say that the bail will cost several thousand dollars, at least.

This is where most people turn to bail bonds. A bail bond is an agreement between a person and a bail agent. The agent agrees to pay the full bail amount for their client. In return, the client pays a small amount of the bail to the bail agent for their services. At Van Pool Bail Bonds in Richmond, we only ask for 10% of the full bail price.

One of the big differences between bail and bail bonds that people notice, is what happens to the money after the court case is finished. With bail, the full amount, minus some court fees, is returned to whoever posted it in the first place. This is not the case with a bail bond. This is due to the fact that when people pay for a bail bond, they are paying for the bail agent’s service of posting the bail for them. That service is completed once the person is released from jail, and so bail bond money is not returned at the end of the court case.

If you are looking for help posting a loved one’s bail, just contact Van Pool Bail Bonds in Richmond. We are a statewide company that has helped Californians deal with bail for over 30 years. Our expert bail agents can answer all of your questions about the bail process and will happily get your loved one out of jail at an affordable price.

We do a lot for our clients at Van Pool Bail Bonds in Richmond, including: