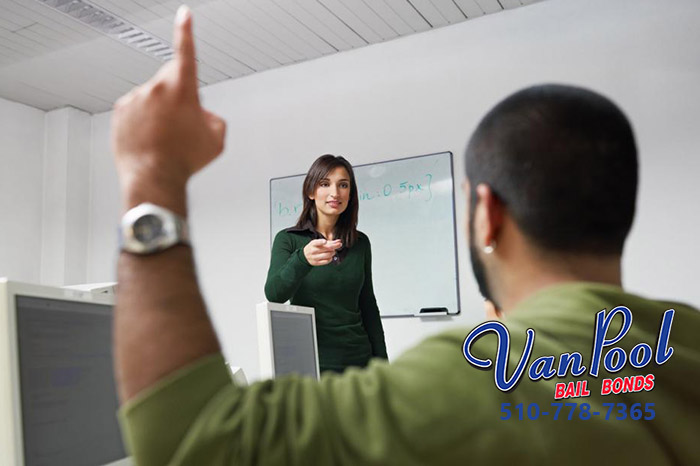 When it comes to bailing someone out of jail, you probably have a lot of questions. That is perfectly normal. Most people have questions about bail. Luckily, we here at Van Pool Bail Bonds in Richmond have all of the answers for you. We have worked with bail and bail bonds for over 30 years. You can count on us.

Here are some of the most common questions that we get about bail bonds:

• What is the difference between bail and a bail bond? Bail and bail bonds are two terms that often go together, so much so that some people assume they mean the same thing when they actually don’t. Bail is the amount of money that is needed to be paid in order for a person to be released from jail. A bail bond is an agreement between a bail agent and their client to cover the bail amount.
• How much does a bail bond cost? The cost of a bail bond is dependent on the price of the bail. Here in California, state law regulate the price of bail bonds to 10% the price of the bail itself. So, if someone’s bail is set at $20,000, then their bail bond will cost $2,000.
• Do you offer discounts? Yes, we offer a 20% discount of the price of the bail bond if one of the co-signers is a union member, a member of AARP, a member of the military, a homeowner, or has a private attorney.
• Do I get my money back at the end? No, this is a common misunderstanding due to the confusion between bail and bail bonds. If someone pays for a bail, then they would get their money back. However, when a person pays for a bail bond they do not get their money back. This is because the payment for the bail bond is considered payment for the bail agent’s services, which are completed once the person is released from jail.
• What is a co-signer? A co-signer is someone who is willing to sign for the bail bond and take responsibility for it. There can be multiple co-signers for a bail bond.
• How long does it take for someone to be released from jail? Anywhere from a few hours to a day. That depends on the jail and whether or not you have all of your paperwork ready to go when you call. We always try to get the paperwork for the bail bond finished as quickly as possible to get it delivered to the jail as soon as possible. Even then, depending on the size of the jail, it may take them some time to process the release.

These are just a few of the questions that our bail agents answer on a regular basis here at Van Pool Bail Bonds in Richmond. If you still have questions about the subject, feel free to contact one of our bail agents. They are available 24/7 and consultations are always free. Our agents will be more than happy to help you.