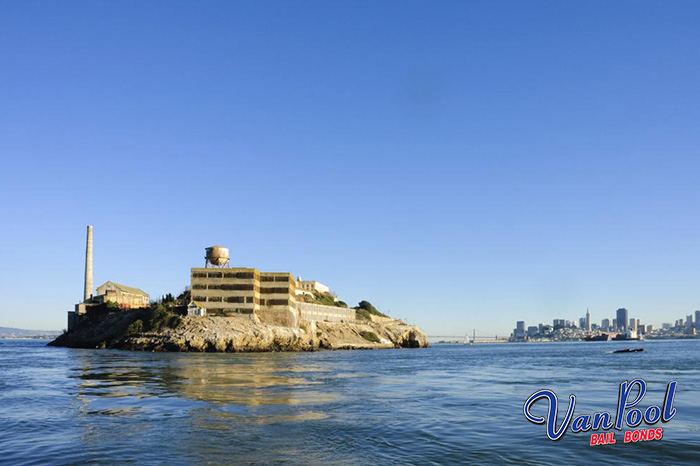 Probably one of the more famous haunted places in all of California is Alcatraz Island in San Francisco Bay. The island has served as a military fortification, military prison, and as a federal prison. The place has been associated with suffering and death for a long time, and that association has left an imprint on the minds of those who visit the island.

Long before the island was built upon, Native Americans feared the island. They believed that evil spirits resided there, and that the island itself held a portal to another realm. The local tribes would send people there as punishment for breaking tribal laws.

Around 1850, Alcatraz Island was acquired by the US government, and turned into a military fort. Soon enough, starting in the 1860’s, the fort slowly became more of a military prison. It housed hundreds of inmates from both the Civil War, and the Mexican-American War. Construction on the concrete cell-block, which is the main feature on the island, started in 1909 and was completed 3 years later. In 1934, Alcatraz became a federal prison. It remained in operation for 29 years. The island is now a Nation Historic Landmark, and is quite the tourist destination.

Park rangers who live on the island have heard and seen things that cannot be explained. One of the worst places is the main cell block, and the dungeon beneath it. They say the air within this building is often cold, and filled with the wails and screams of those who suffered on the island. Stories abound of ghosts of dead inmates walking the halls, or standing within their cells, still imprisoned to this day.

Worst of all, are the stories of a creature known only as The Thing. It is a dark, ghostly figure with glowing red eyes. The apparition haunts the cells of Alcatraz, and is rumored to have killed some of the inmates. One particular story tells of an inmate who was placed into solitary and began screaming that a creature with glowing red eyes was in his cell and attacking him. The man screamed late into the night, until the screaming eventually stopped. The next morning, the guards found him dead in his cell with hand prints around his throat. He had been strangled.

Many visitors to Alcatraz say that they have heard and seen the ghosts roaming the grounds of the island. Even those who do not believe in ghosts, have had their minds changed after a visit to the island that these restless spirits call home.