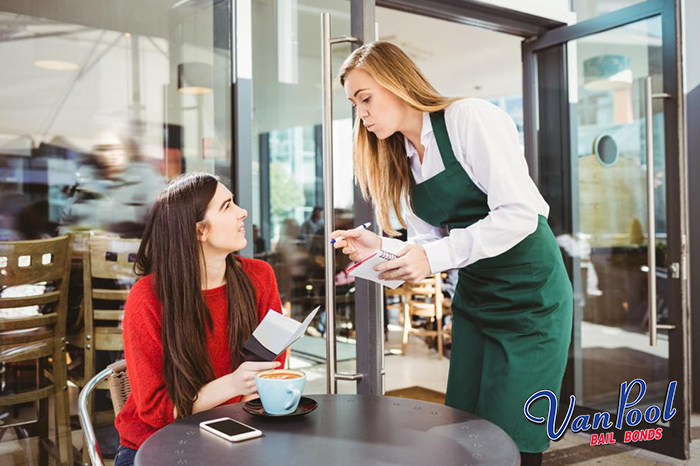 Working in a restaurant is a rite of passage for some, and for others it’s a career. Being a server in California is not a bad occupation, if you can handle crazy customers, bad jokes, and working with other people.

For servers to get tipped, they have to put up with customers. Now, not all customers are bad, but you can’t deny that we all have our little quirks. As a server you have to be prepared for everyone’s quirks. You also have to deliver the food accurately, which can be harder than you think. People often forget the server is really just the messenger, and doesn’t control the kitchen.

While people may assume a server’s job is easy, they can actually be quite difficult. First of all, not anyone can be a server. Most places require you to be 18 or 21 years old so you can serve alcoholic beverages and stay out passed 10 p.m. Not only is there an issue with age, but you also have to take several training courses about food and alcohol safety. You need a food handler’s card, which is a certification that you need to test for. Being a server may seem easy, but there’s a lot more to it than most people realize.

Besides their responsibilities, servers also need to have a good sense of humor. Between being overloaded with new tables, knowing the specials, and looking awake and clean, being a server is a high stress job. The stress of having customers yelling at you for a kitchen’s mistake, or a manger asking you to work another double because a co-worker called out, can be overwhelming.

Servers are definitely under appreciated. However, May 21st is National Waitstaff Appreciation Day. This is a great opportunity to show your favorite servers a little extra love and appreciation. Remember that you may get holidays off, or be able to be in bed by 9 p.m., but your servers don’t have that luxury. If the restaurant is open, they must be there to work. If a restaurant closes at 9 p.m. and they have guest walking in the door at 8:59 p.m. they still have to wait on them. Being a server is a temporary job for some, but it’s also a career for others. It may not be an easy job, but it is one that everyone relies on in their life.