Do You Have a Scooter Problem? 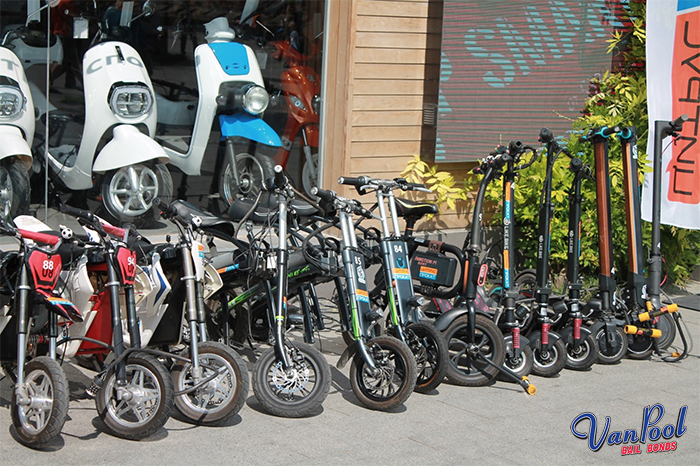 23 Aug Do You Have a Scooter Problem?

Posted at 00:26h in Bail Bonds in Richmond by spiralmode 0 Comments
0 Likes

If you have been to any of the popular beaches around Los Angeles, or the surrounding areas, lately, you may have noticed a lot scooters lying around. These scooters belong to companies like Bird and Lime. These tech companies supply scooters and charge $1 to unlock the device and 15 cents per minute to use it. Once the person is done with the scooter, they can leave it wherever they like.

This is just one of many tech based ideas that are meant to help clean up urban environments. The idea behind these scooters is to give people a cheap and easy alternative to using a car. The idea sounds great, but has recently begun to receive a lot of backlash in the areas where these products can be found.

Anyone can pick up a scooter, which means that not every rider is considerate of pedestrians and vehicles. Many angry drivers and residents have complained about scooter ridersweaving recklessly through traffic and crowded sidewalksalike. This kind of reckless behavior has led to numerous accidents.

Another problem is that these devices can be left wherever for the next person to take, which leads to discarded scooters cluttering sidewalks and parks.

These two factors have created a lot of backlash, leading some city councils to create laws restricting or even outright banning the devices. Some people have even taken things to an extreme and begun to vandalize the scooters. Some people are even brazen enough to posts videos or pictures of their “handy work” on social media.

Make no mistake, vandalism is still illegal no matter how mad you might be at a company or product. In the state of California, Penal Code 594defines vandalism as maliciously destroying someone else’s property. If the damage is done to something worth more than $400, then the person can be charged with felony vandalism.

While the value of Bird’s scooters is not publicly known, similar devices on Amazon sell for over $1,000. This means that a person could face felony charges for destroying a scooter. This would mean a possible jail stay between 1 and 3 years, plus a max fine of $10,000. Is destroying a scooter really worth all of that?