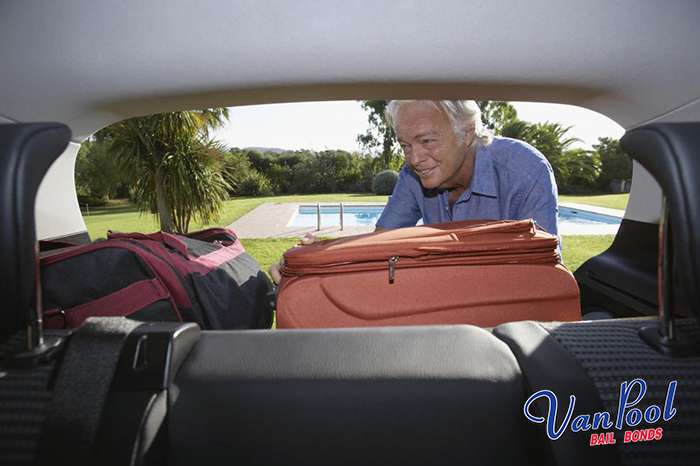 One of the more common concerns with bail bond release terms is whether or not the defendant is allowed to travel while out on bail. The answer can vary from defendant to defendant, and depends on the situation. Here are some examples:

Jane, out on bail, has no travel restrictions. This means she is allowed to travel to a neighboring city, another state, even out of the country. She just needs to make sure she shows up for her court appointments.

Gavin just posted bail and has travel restrictions. He is a California resident, and is only allowed to travel to Oregon, Washington, and Arizona for family, friends, and business. Any states other than those are off-limits. If he violates these terms, he can be taken back into custody. Gavin needs to make sure he shows up for court appointments.

Chris has posted bail and is not allowed to travel outside his county at all. He also must stay at least 100 meters away from certain people or places within his county. Violations result in his re-arrest. Just like all other defendants out on bail, Chris will need to appear for court as scheduled.

A court is not going to change hearing dates to accommodate travel plans. Defendants need to take this matter seriously.

If you, or a loved one, are ever arrested and need professional assistance in posting bail, please contact East Richmond Heights Bail Bond Store online, or at 510-761-9934.